My name is James, I have previously taken my own touring caravan to a few parts of the UK with my family and usually the dog as well. 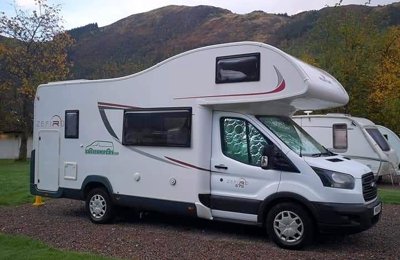 No review has been received

James
September 2020
The booking and taking of the funds was fine, but the difficulty came with the owner. This is a company called Easicampers, owned by Easirent. I had messaged for more information about the pick up location of the camper, as the address was just an industrial estate, and a massive one. I got no response from them. I searched online for the phone number provided and that was the first I knew of the company name, EASIRENT. I found that they had a depot 1/2 mile from the industrial estate, outside Edinburgh airport so figured that that was the correct place to go. When I arrived in Edinburgh, I called the number provided with the booking, which as it turned out is for their office in Wigan, I told them I was due to pick up a campervan and they directed me to a city centre depot. Strange but fine, it was only 10mins away. Get there, no one is there, doors are looked. So this time I called the number for the Airport depot, and they get someone to call me back. Basically I was told to go to the wrong place. The person I spoke to told me that I needed to be at EASICAMPERS, not Easirent. He said it was passed the Easirent office! Back in the taxi for a 40minute drive back through Edinburgh, all the way out passed the airport to the depot...That is also the wrong depot. After 90mins of taxi travel, we arrive at the Easicampers office. They tried to over charge me for bedding, as we needed 2x singles and 1x double....but they only had doubles so wanted me to fork out the extra cost due to their lack of supply. In the van itself, for the most part the camper was clean and tidy. The main issue was the blinds, pretty much half of them were broken and didn’t function correctly. The holiday was fantastic, the van was great, but the presales communication was awful. An expensive and stressful start to a holiday, which isn’t what we were hoping for
Loading...
Return